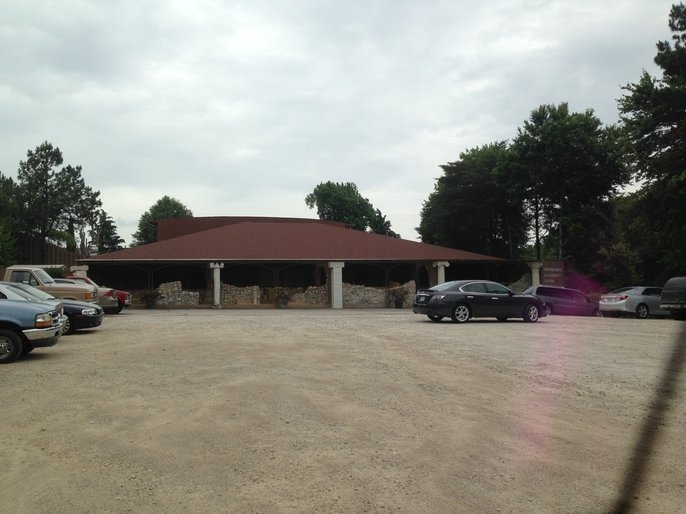 Biblical History Center parking lot.
​Founded in 2006, the Biblical History Center* re-creates everyday scenes of the biblical lifeworld; from domestic arrangements to agricultural practices. Their ambition is to "help people understand the Bible and the ancient world in its historical and cultural context."
​(*Formerly: Explorations in Antiquity Center) 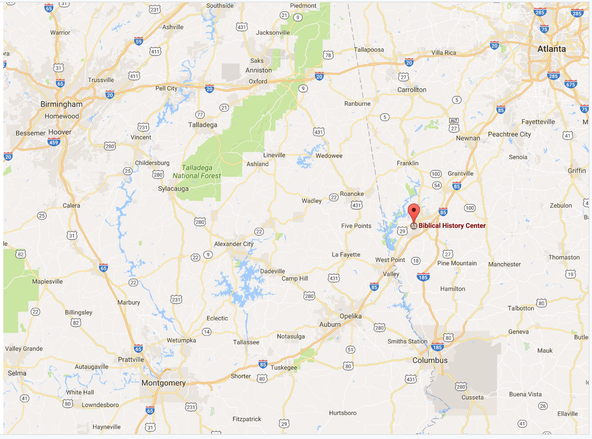 La Grange is a
small city in west-
central Georgia;
about 70 miles
southwest of
Atlanta near the
Alabama border. 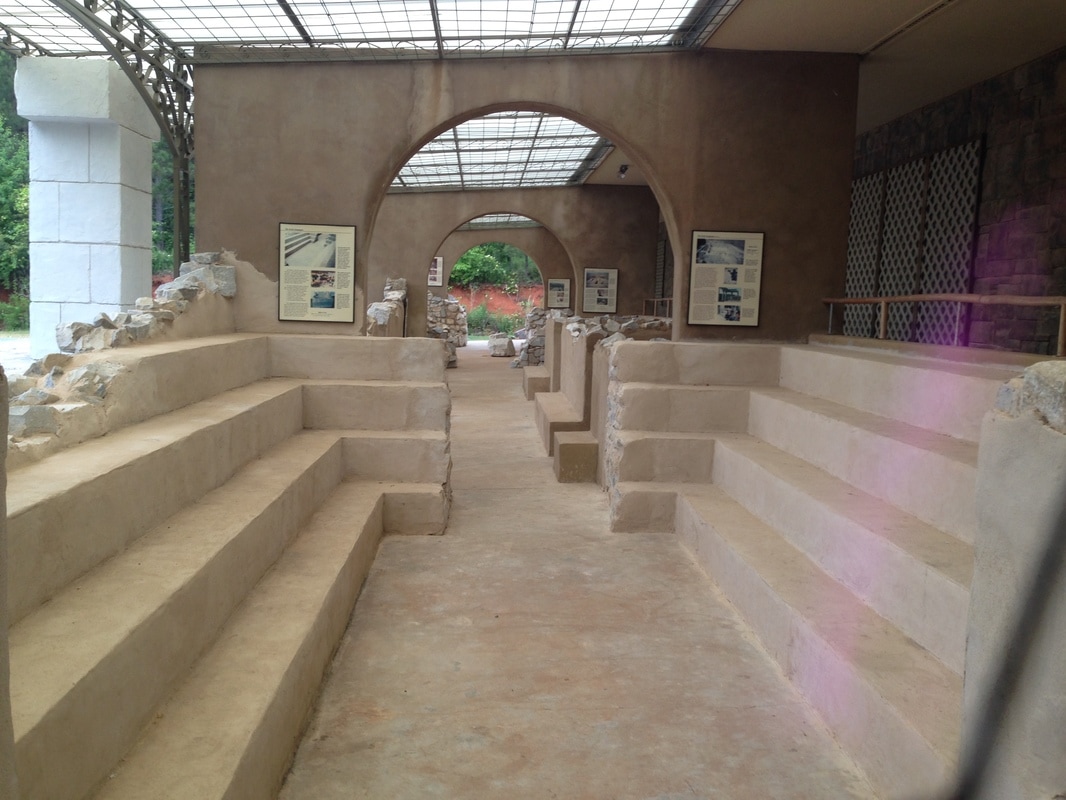 Replica of ancient Israelite synagogue worship space at the Biblical History Center
​The immersive pedagogical approach of the Biblical History Center begins directly after the parking lot. The first space visitors encounter is the building's front exterior, which includes a series of replicas, such as an ancient Israelite synagogue and early Christian ritual spaces. 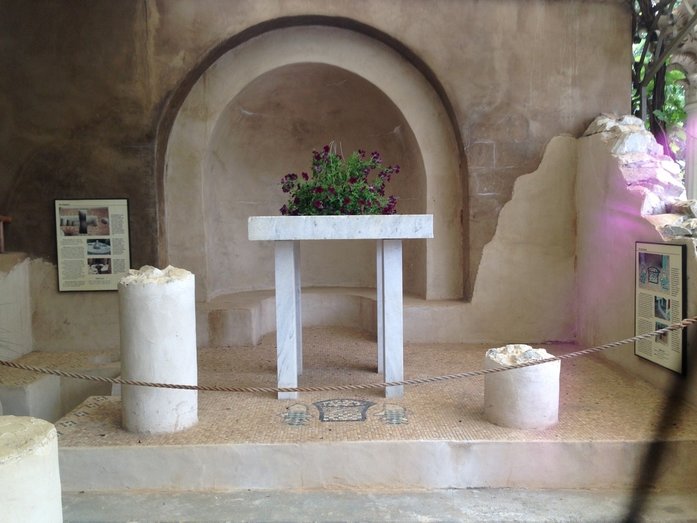 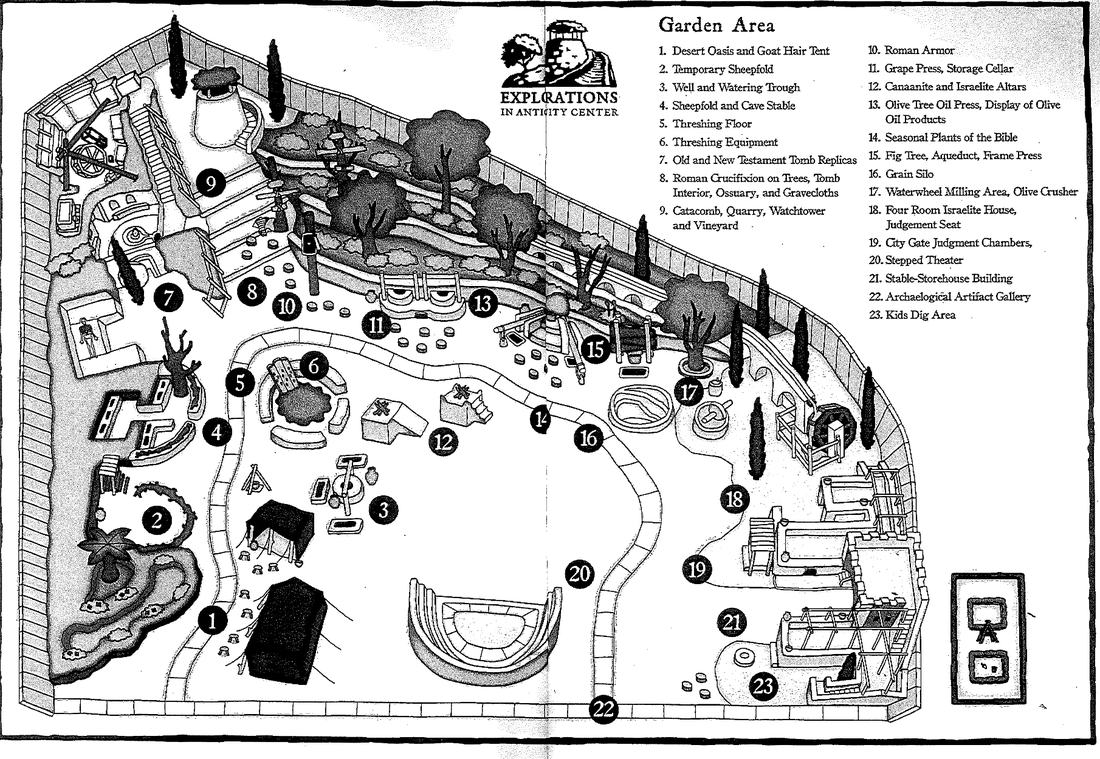 A self-guided tour book includes this map of the archaeological garden. 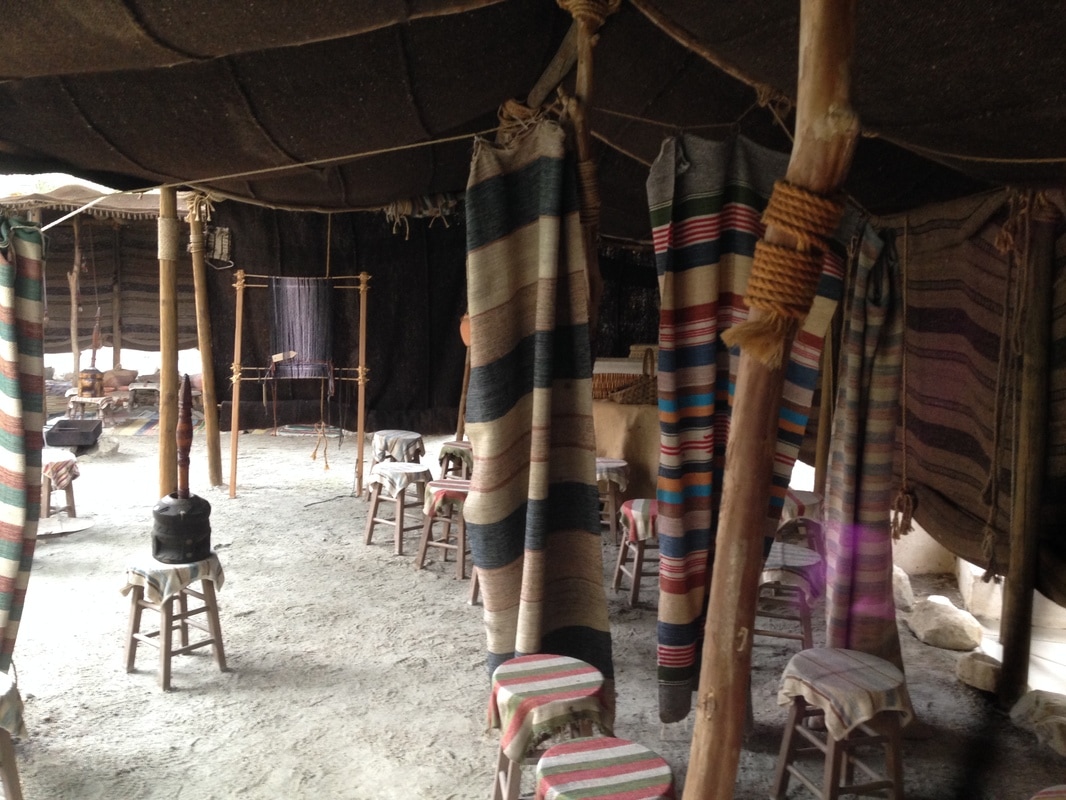 Inside the goat hair tent: sit on the wooden stools, feel the coarse goat hair material, and move among domestic replicas - a weaving loom, storage pots, a weight scale. 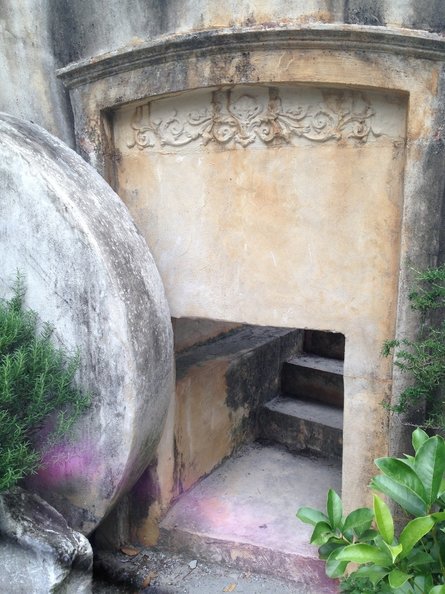 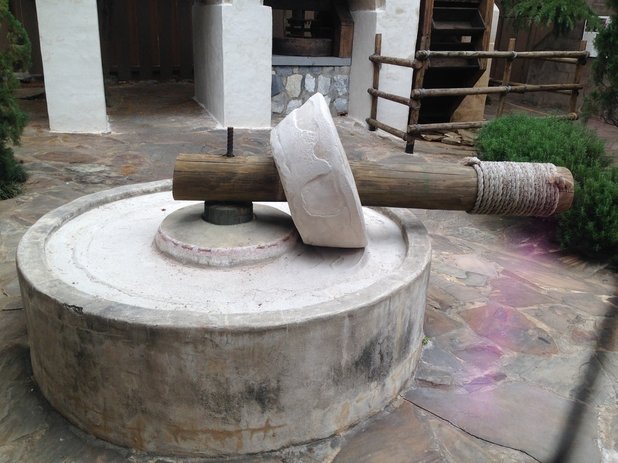 Push the heavy millstone, and feel the momentum of the centripetal force build in the small circular path. 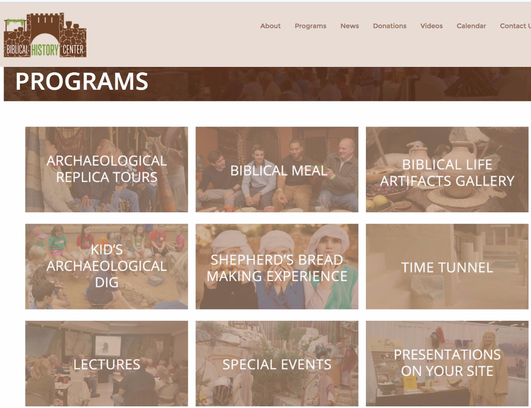 
Although the archaeological garden is the main display, the Biblical History Center offers a range of other pedagogical experiences that promise to immerse visitors into the biblical lifeworld... 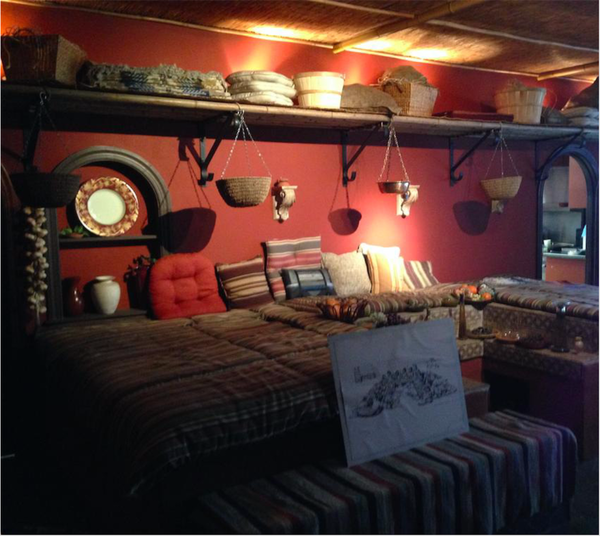 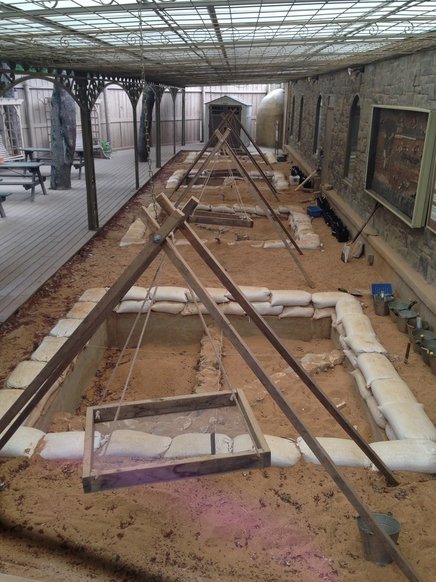 In the "Kid's Archeological Dig," children can role play as excavating archaeologists in the as-if re-creation of active dig sites.
A gift shop extends the Biblical History Center’s ambition to connect visitors to Israel. Many of the items sold are imported from Israel-Palestine, such as Bethlehem soap. The Biblical History Center has close affinities with Christian Zionism. Note the erasure of Arab culture and statehood:
cashmere scarves, no keffiyeh; no mention of the West Bank.
It is important to observe that the Biblical History Center is not unique in global context. Attractions in Israel (e.g., Biblical Garden at Yad Hashmona), Germany (e.g., Bibeldorf), and the Netherlands (e.g., Museumpark Orientalis) have similar historical replicas, biblical meals, and related immersive avenues into the biblical past. 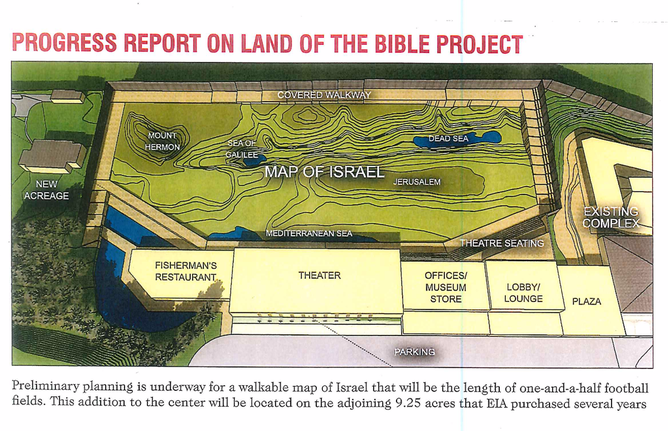 Materializing the Bible is an open
process, which means sites like the Biblical History Center are ever expanding. In 2015, they
announced plans to construct a
walking, scale model of Israel.
This reprises America’s first Holy Land replication, Palestine Park: a 400-foot landscape model built in 1874 at New York’s Chautauqua Institution. Like its Methodist predecessor, this walking map would combine embodied experience and as-if imagining to teach about scripture.