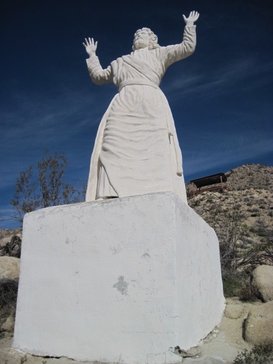 Original statue created by Frank Antone Martin. All photos by Rosamond Rodman.
The story of Desert Christ Park traces to the late 1940s. An Inglewood, California bomb plant worker, Frank Antone Martin, sculpted this 9 ½-foot tall figure of Jesus out of concrete. His initial hope was to display it on a rim of the Grand Canyon in Arizona. After being denied because its display would violate the establishment clause of the First Amendment, the statue was sought by an Evangelical Free Church pastor, Eddie Garver, who owned a five-acre plot in Yucca Valley, California (135 miles east of Inglewood). 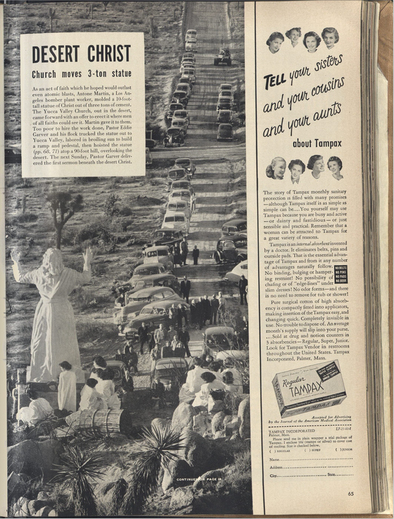 In 1951, Garver arranged for the Christ statue to be delivered to Yucca Valley. Life magazine, near the height of its print circulation, covered the move in a three-page article, including some remarkable photos of the park in its infancy. The article’s opening sentence sets the artistic vision in the context of nuclear-age anxieties: “an act of faith which [Martin] hoped would outlast even atomic blasts.” (read a transcript here & see scan of entire original here)
​Desert Christ Park resides near Joshua Tree National Park, a popular wilderness destination and national monument since 1936. Visitors to Joshua Tree mainly arrive from the west (primarily L.A. urbanites seeking desert repose). Traveling east towards the parks on Highway 62, you pass signs for several small residential and retail communities: Pioneertown, Flamingo Heights, and Yucca Valley. The latter is the most developed, sporting a Starbucks and other American cultural institutions. Desert Christ is situated a mile or so off Highway 62, which is ten or so miles from Joshua Tree. Despite its proximity to a designated national park, it is tucked away from easy view. There is no signage and, unless it is your destination, you are not likely to stumble on it. 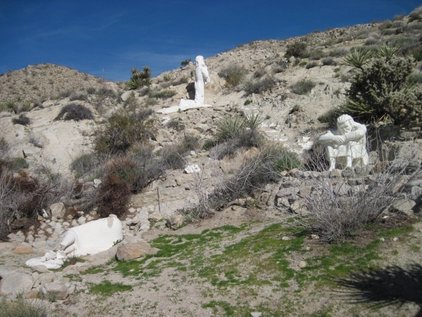 ​Once Garvey relocated the initial sculpture to Yucca Valley in 1951, Martin retired and relocated as well, setting immediately to work on new additions to their burgeoning park. Altogether, he created more than 40 statues depicting scenes from the life of Jesus. All of the figures loom larger than life. They are rather clunkily drawn, as might be expected from the medium of rebar and concrete. The park is set on an incline and arranged spatially. The resurrected Jesus stands at the highest point of all the statues, overlooking his empty tomb lower on the hill. 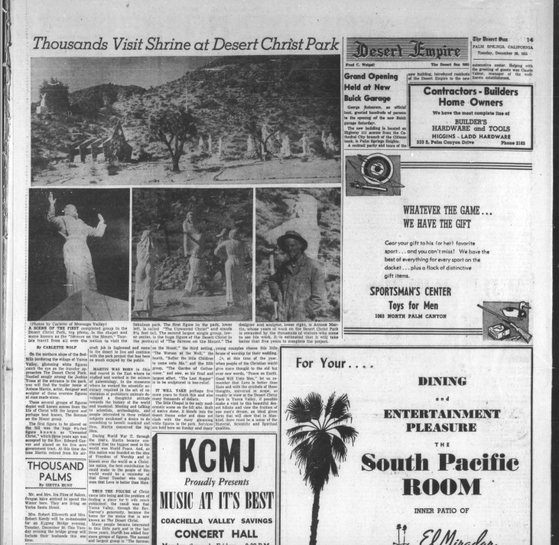 Since its founding, Desert Christ Park has attracted the attention of writers and photographers. In 1955, The Desert Sun published this overview of the park just before Christmas. The article’s author draws repeated attention to the intimate link between the park and its desert landscape. The white statues “glisten” and “gleam” in the desert sun, and the onsite chapel is “built of native stone,” aesthetically meshing with the imported concrete. (read the full text here & view scan of original here) 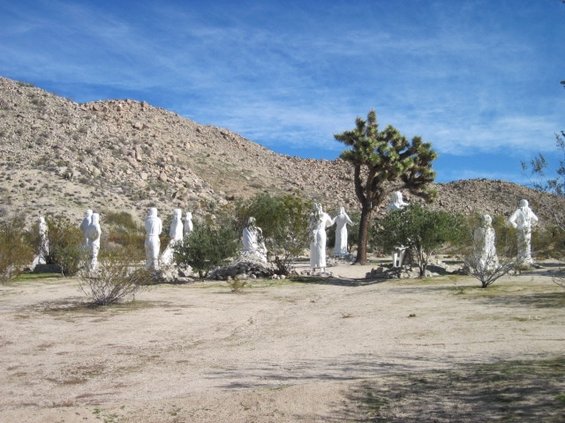 The park continues to fascinate, and has been featured by numerous popular travelogue sites – from Atlas Obscura to Weird US, Roadside America, and Vice. It has also garnered attention as an expression of folk art – see its photographic profile on SPACES, a digital curation focused on art environments around the world. 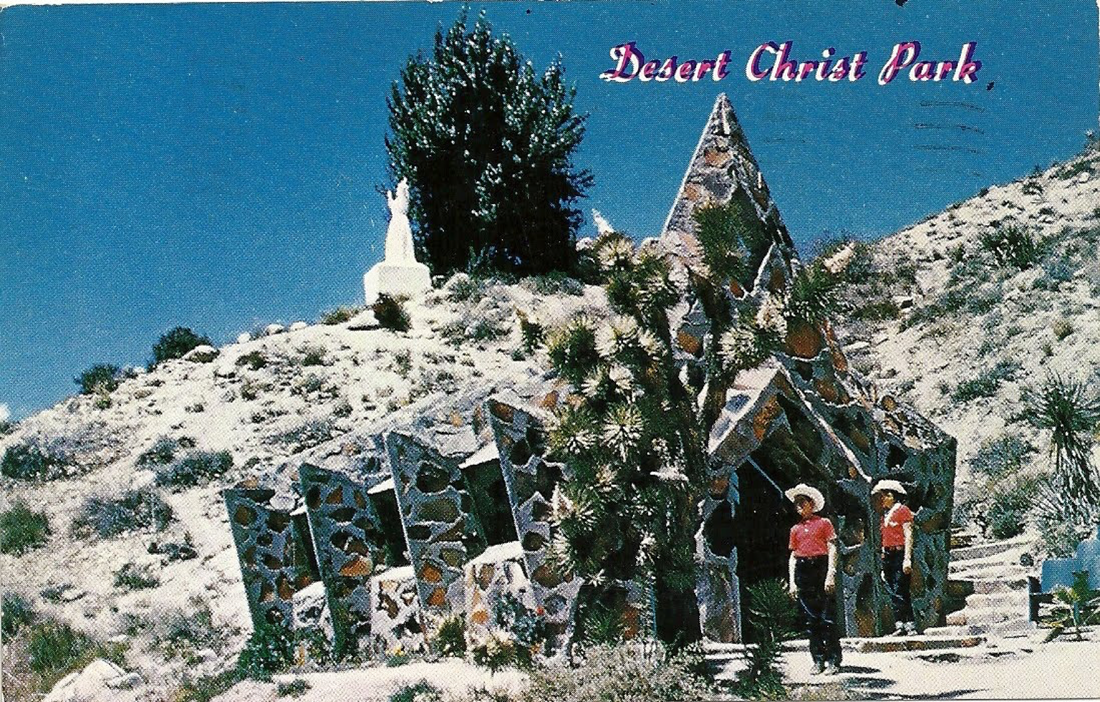